Serial flip-flopper and G40 kingpin, Jonathan Moyo, who has been calling for a grand national coalition to beat Zanu-PF candidate Emmerson Mnangagwa in next month’s election, seems upset by the huge number of candidates that registered to contest the country’s top post and is wishing that some will do the right thing and withdraw.

Twenty-three candidates filed their nomination papers yesterday to contest for president including Ambrose Mutinhiri who was allegedly fired from the NPF last week because he was against the NPF joining the MDC Alliance headed by Nelson Chamisa.

It is not clear which electorate Moyo was referring to as each candidate had to be endorsed by 100 registered voters, at least 10 from each of the country’s 10 provinces, to qualify. 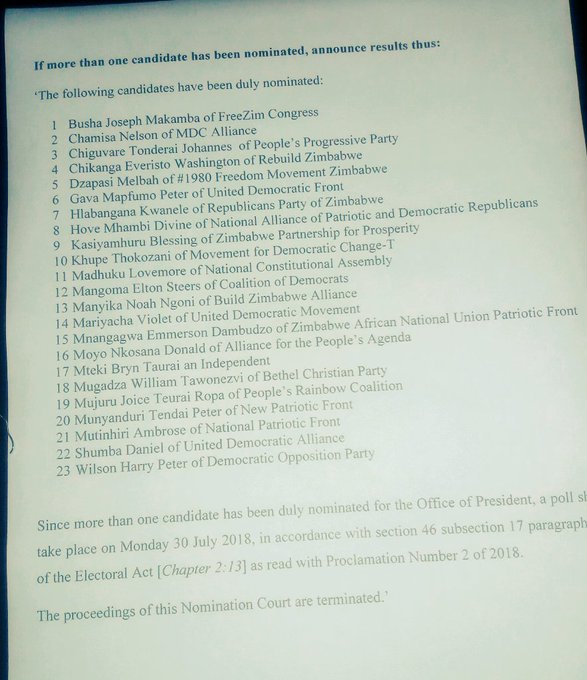 Mnangagwa is the source of Zimbabwe’s problems, Chamisa

Drug dealer swallows sachet of mutoriro after being cornered by police