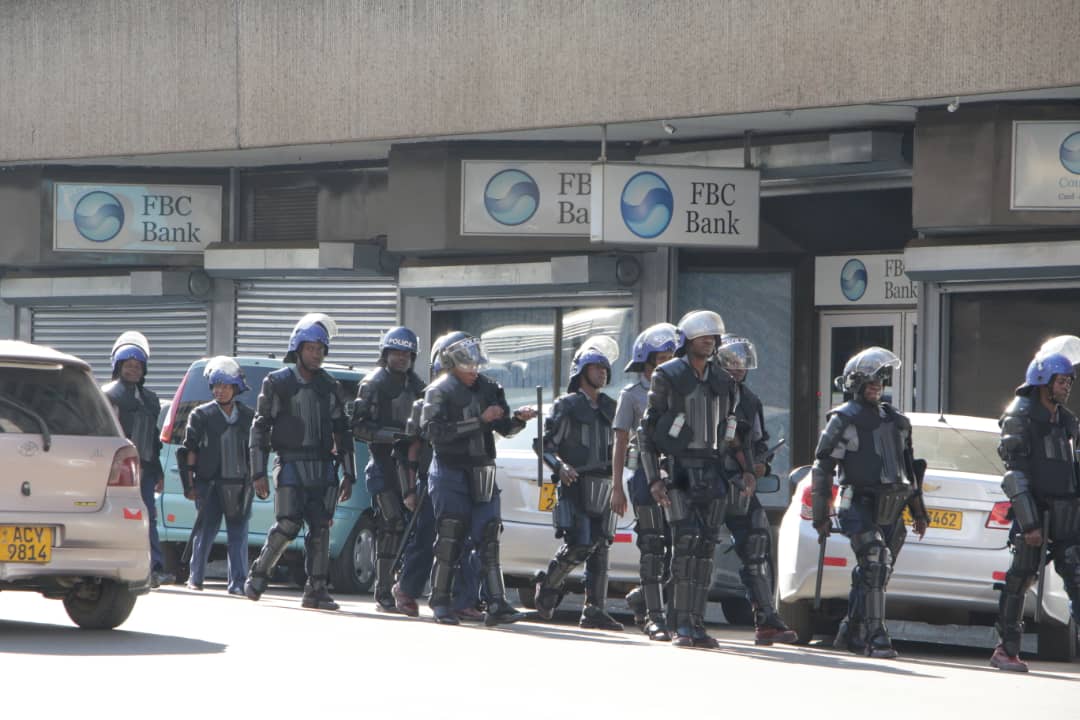 ZCTU President Peter Mutasa and Secretary General Japhet Moyo have been arrested by police in connection with the demos that were scheduled for today.

Meanwhile the anti-riot unit has manned ZCTU headquarters along Jason Moyo Ave waiting to arrest any of the ZCTU members who want to demonstrate.

The ZRP anti-riot unit has descended in Harare CBD in a bid to block the ZCTU demonstration against government which was scheduled for today.

The tightly seamed unit is on high alert and ready to act upon any sign of dissension.