A Mutare man who was brutally assaulted by soldiers on January 20 has passed away. The man identified as Noah Sahombe (29), from Zimunya suburb was beaten during a military clampdown on suspected rioters during the ShutDownZim campaign.

After the assault, Sahombe was ferried to Mutare General Hospital and was diagnosed with renal failure, but due to his condition, he was transferred to Parirenyatwa Group of Hospitals. In a sad development, he died on admission early Friday morning.

Sahombe’s death was revealed by Zimbabwe Association of Doctors for Human Rights acting spokesperson Norman Matara on social media where he wrote:

MDC Alliance spokesperson for Manicaland Province Trevor Saruwaka condemned the killing of Sahombe and called for an investigation for the killers to be brought to justice. Said Saruwaka:

We condemn this needless loss of life at the hands of the State. Noah was a young man who worked at a Filling Station in Mutare.

The information at hand shows that Noah was not an active member politically just like millions of other Zimbabweans who go about their business without involving themselves in party politics.

He is a victim of a rogue government which is now cannibalizing its own children in order to cling to power by declaring ordinary citizens enemies of the state.

We call upon authorities to investigate and bring to book the murderers of Noah Sahombe.

The late Sahombe is survived by his 24-year old wife and two children aged 5 and 3. 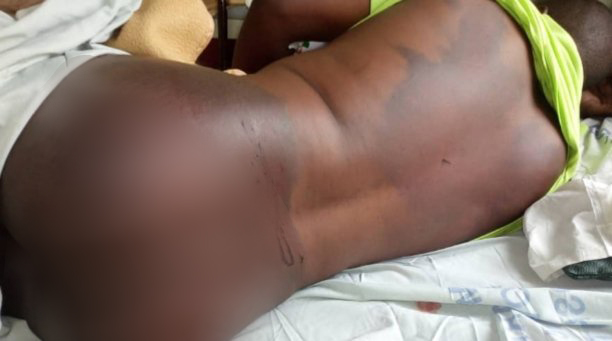 Mnangagwa on some Zimbos wanting Mugabe back; says they also pined after Smith