Several people have been injured after the kombi they were traveling in overturned in an attempt to make a U turn at corner Chiremba road and Robert Mugabe.

According to witnesses, the commuter omnibus was being chased by the police in black riot gear then drove away from the accident scene.

Members of the public condemned the behavior by the police and demanded that the newly appointed Minister of Home affairs together with the commissioner general of police to take action against these officers. 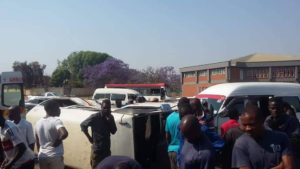 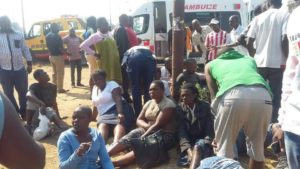