As the country’s economic woes continue to worsen, some private schools have worsened the burden on distressed parents by demanding part or all of the school fees in foreign currency. Due to the currency distortions from the government’s policy of insisting that the bond note is equal to the United States dollar, some of the schools are demanding five times the equivalent of the amount paid in United States Dollars.

However, the move is likely to be met with condemnation from the authorities who have insisted that multi-tier pricing is illegal.  President Emmerson Mnangagwa has threatened to revoke the licences of all pharmacies which charge only in United States Dollars.

Below are letters from some of the schools. 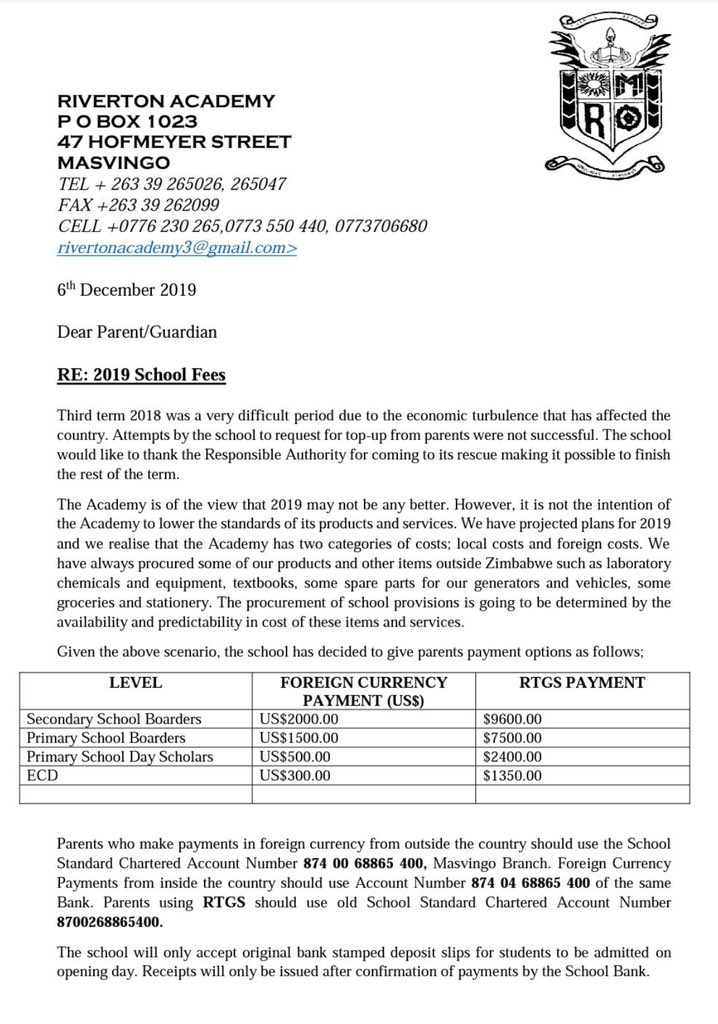 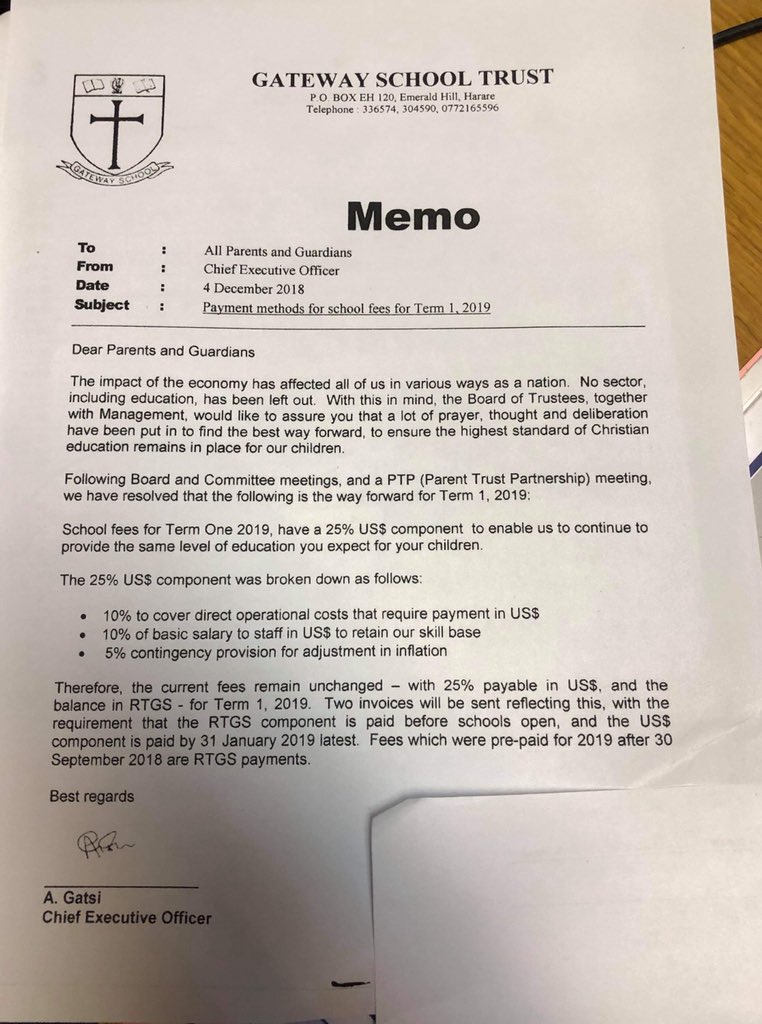