It seems like it’s been a tough few months for former Vice President Phelekezela Mphoko since former President Robert Mugabe was ousted from power.

After losing his position and battling to receive his pension and terminal benefits, Mphoko has received yet another blow. He appears to have lost the battle for the control of Choppies Supermarkets.

It appears that Mphoko was booted out from Choppies Supermarkets by his former business partners led by former Botswana president Festus Mogae.

Mphoko claimed that his family owns 41 per cent while his partners contended that he was given only 7 per cent for him to be the figurehead so that they could get around the country’s provisions of the Indigenisation Act which required locals to own 51 percent of any business.

Here is notice which has been displayed in most Choppies Supermarkets 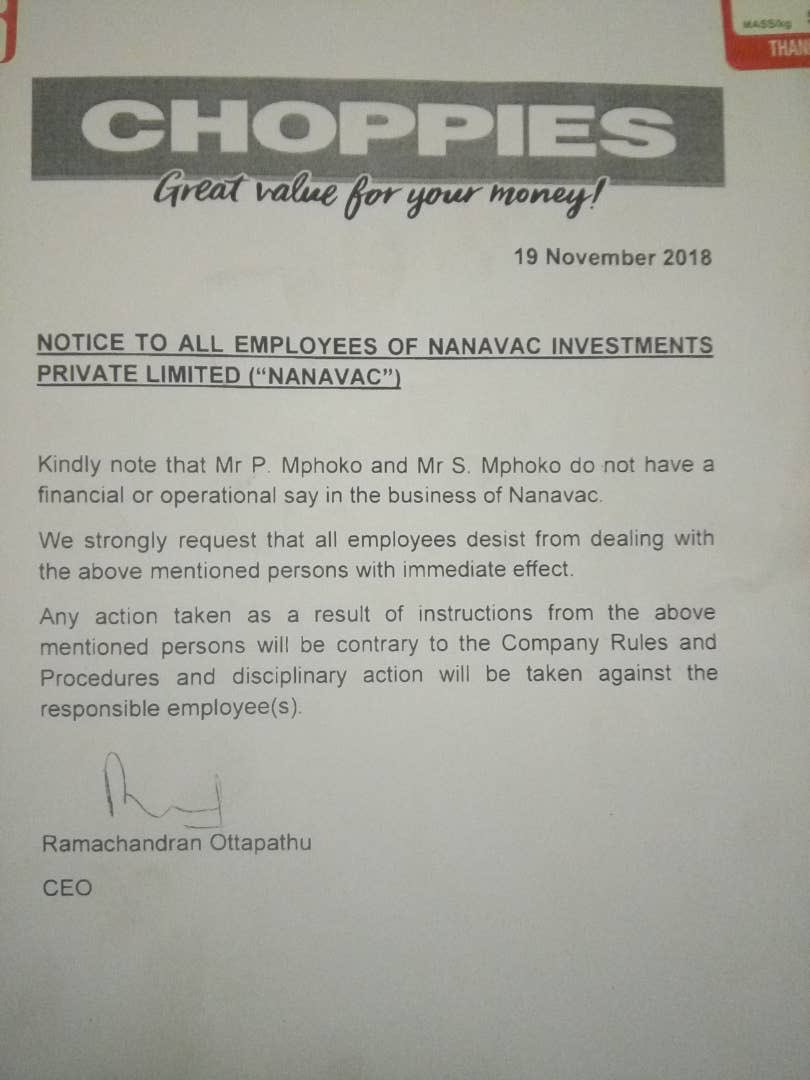