Chisipite Senior School has been thrown into a public scandal nightmare after six of their students appeared in a viral video singing an obscene song which glorifies unprotected se_x.

The girls can be seen singing and dancing to the vulgar song which was made popular by Dynamos supporters.

Speaking on Social Media The school’s headmistress Lorraine Hill apologized on behalf of the School and shed light on how they had dealt with the issue.

“Thank you to all of those who have let us know about the appalling video that some of our L6 pupils made. The girls’ parents have been notified and share our disappointment in the pupils’ behaviour. The girls have been punished and regret their actions.

“This was not a war cry or in any way sanctioned by the school but an isolated incident involving 6 pupils. This is not an accurate reflection of our school culture and community, a sentiment shared by our parents, alumni and pupils. We thank you for your support of Chisipite,” Mrs Hill added.

Chisipite Senior School is an independent, day and boarding school for girls in Harare. It has 75+ academic staff and 750 girls are enrolled. Of that number 150 girls are boarders. The school opened in 1954 to cater for students who had finished their primary education at Chisipite Junior School. 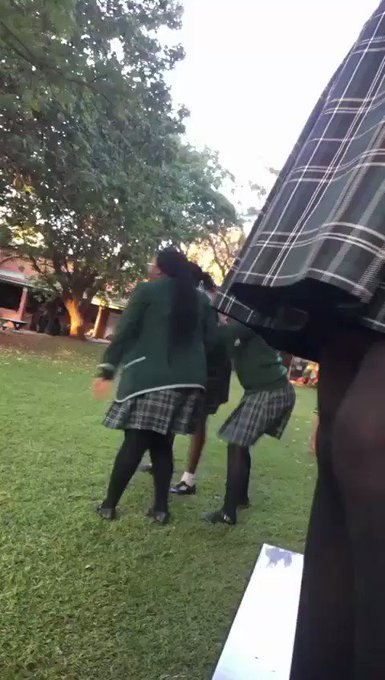